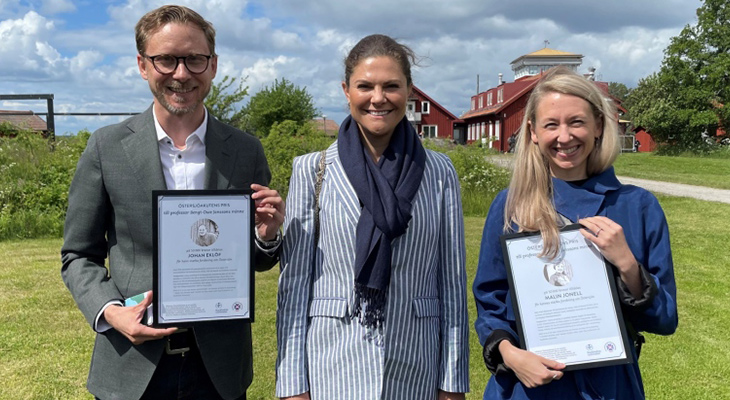 The prize is awarded by Östersjöakuten foundation, which supports marine research on the Baltic Sea.

Malin Jonell, also affiliated to Stockholm Resilience Centre, is one of two recipients of the award, together with Johan Eklöf at Stockholm University.

This year, the prize commemorates professors AnnMari Jansson and Bengt-Owe Jansson, who were two of the pioneer scientists at the Askö laboratory, a marine research station on an island south of Stockholm. Both were active in the work of the Beijer Institute and AnnMarie organised together with Beijer Institute founder Karl-Göran Mäler, one of the first meetings to bring ecologists and economics together.

”It is my conviction that interdisciplinary research, an area which AnnMarie Jansson pioneered, will be a central component to tackle the ongoing planetary crisis, ” says Malin Jonell.

”I also think we have to be brave and forward looking when it comes to transdisciplinary research, where you build in knowledge and perspectives in the research from non-academic partners. ”

The award was presented by Swedish Crown Princess Victoria during the research station’s 60-year jubilee in mid-June.

The Östersjöakuten foundation started from a fundraising initiative by the Swedish Transport Workers’ union in 1995 is hosted at Stockholm University Baltic Sea centre.

About the award (in Swedish)