What we eat has major consequences for the health of the planet, as well as for our own individual health. In Sweden, food generates 15 percent of the consumption based greenhouse gas emissions, and with 51% of the Swedes overweight, many of the most common diseases and causes of death are food related. This is a worldwide trend, and in addition, food production can cause reduced biodiversity and antimicrobial resistance. Two newly published Swedish reports review methods for steering food consumption into a more sustainable direction. Both advocate a changed focus from consumers to instruments that target the retail and food industry, and also increased action from the government. 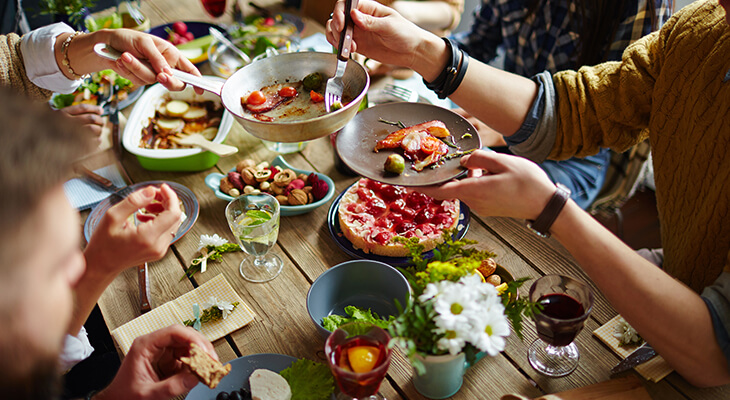 Recommendations to speed up the transition

The first report reviews policy instruments for sustainable food consumption, and identifies what public actors in Sweden can do right away to promote a positive development. The authors, including Beijer Institute researchers Malin Jonell and Therese Lindahl, have formulated three recommendations for what public actors could do to increase the pace of the transition to a more sustainable food system. The recommendations are based on a review of 17 policy instruments that operate through either knowledge and support, changed relative prices or regulation.

1. Intensify public sector work
Measures already used today in the public sector are working, the report shows, but they need to be intensified. For example, through a national education initiative on food and sustainability for the country’s preschool and school chefs, clearer rules for what food is served and increased connection between school meals and educational activities.

In addition to knowledge and support instruments, “harder” measures such as changed relative prices and regulations and requirements. To pave the way for implementation of such instruments national targets for sustainable food consumption can be important.

3. Develop and introduce effective and attractive policy packages.
Individual instruments usually have a relatively weak effect. Instead packages of instruments are needed, that together can balance conflicts of aims and reduce the conflict between effectiveness and acceptance.

“It is also important to direct the instruments to the actors who have the greatest opportunity to influence what we eat, Therese Lindahl points out. That means changing focus from consumers to the retail and food production industry.”

It was launched and discussed at a webinar 15 June (in Swedish).

The second report, commissioned by the Swedish Consumer Agency and written by Therese Lindahl and Malin Jonell, focuses on methods for reducing the consumption of animal foods, especially red meat, given its negative environmental impact and potentially negative health effects.

Among the measures identified as most effective but also more challenging to implement, are economic instruments such as a carbon tax on food, as well as choice restrictions in the retail and restaurant sectors. The drawback is that the risk of public resistance is relatively high and restaurants and stores risk losing market shares and customers.

A cluster of initiatives, however, that would face less resistance include information to consumers (e.g. consumer guides, and carbon labelling) and nudging in stores and restaurants, for example in the form of a vegetarian daily special as a default.

“Although the effectiveness of softer instruments such as information and nudging is limited, the advantage is that they can be easily implemented at a relatively low cost”, Malin Jonell explains.

The authors conclude that two actors that stand out as particularly important for a dietary shift are the state, and the retail sector, including individual grocery stores. However, they emphasise the importance of a system-thinking. To change the entire food system, increased knowledge and research on the interactions of different types of behavioural interventions is needed.

In Swedish with English summary 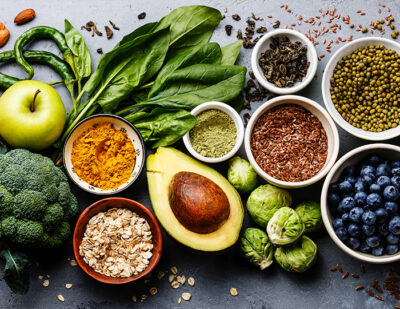