Since 1993 the Beijer Institute annually organizes informal workshops for internationally leading ecologists and economists at the island of Askö in the Baltic Sea. The Askö meetings have generated unique cooperation between these disciplines. 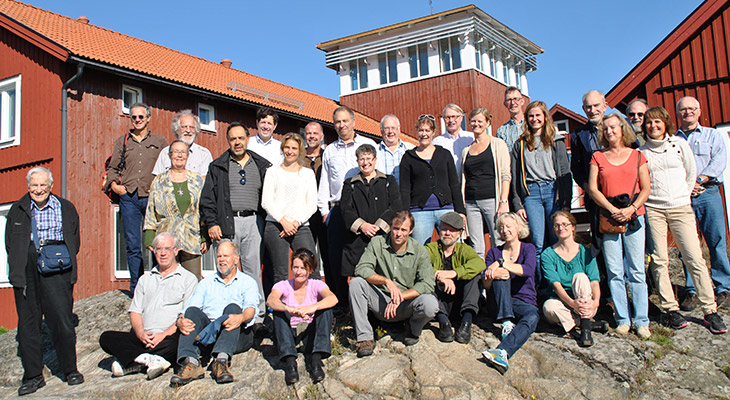 Twenty years ago the disciplines of ecology and economy stood far apart. Ecologists and economists generally viewed one another with suspicion, and economic growth and environmental protection seemed incompatible. When Professor Karl-Göran Mäler (1939-2020) in the beginning of the nineties became the director of the new Beijer Institute it was with a conviction that the big environmental challenges could only be solved if ecological and socioeconomic systems were viewed as coupled, which called for transdisciplinary cooperation between economists and ecologists.

To pave the way for such cooperation he decided in 1993 to organize a workshop at the Askö Laboratory, a marine field station off the Swedish east coast. The meeting was to be informal with a selected, open minded group of people discussing a given theme.

-I was keen on creating a warm and open atmosphere so that the participants would feel comfortable in interacting with people from different scientific backgrounds, said Karl-Göran Mäler in the book Bringing Ecologists and Economists Together (2010). Thus, we spent the first evening eating, drinking wine and singing together.

The first Askö meeting was a great success and the discussions and comparisons of economic and ecological models resulted in an article in Bioscience titled “Ecologists and economists can find common ground”.

Since then Askö meetings has been held every year and  they have generated collaboration between ecologists and economists reaching far beyond this small island in the Baltic.  A core group of persons have been invited regularly, together with scientists with expertise of the subject at hand. Many participants describe the importance of the informal atmosphere at Askö for the success of the workshops.

“Genuine collaboration needs a culture that encourages these academics to be adventurous and think outside the domain of their expertise. It must be tolerant and constructive. In such a setting, respect and admiration build trust and friendship.”  Economist Kerry Smith

“Warm exchanges and mutual information converted ecologists into economists and economists into ecologists, and has led to a rich panoply of collective efforts that contributes to applications in the disciplines and their theoretical functions.” Ecologist Simon Levin.

The Askö meetings have generated 26 published articles so far, many of them in high ranking journals, among them Science and PNAS. This is only counting the articles directly generating from the yearly meetings, many more have been published as a result of collaborations formed through the Askö meetings.

Max Troell is on the world’s most cited researchers. Carl Folke makes the list for the eighth year.