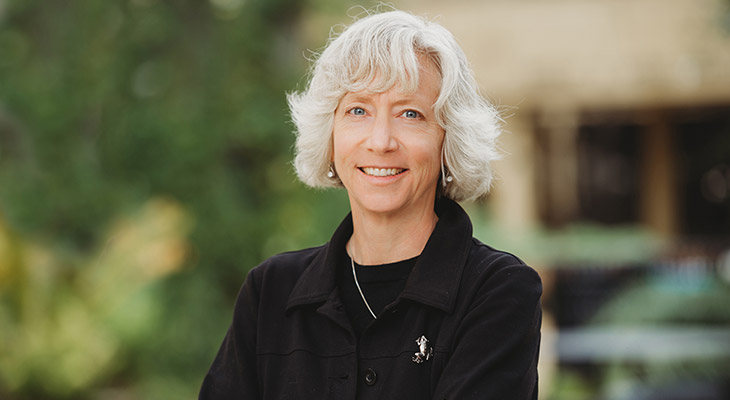 Gretchen Daily’s ground breaking work forecasting biodiversity change, and estimating the values of ecosystems and their services, started when she was a PhD student, when typical conservation scientists justified their efforts to conserve nature simply for the value of its existence. Her risky, non-classical research projects bore ideas that have transformed the way we think about conservation.

“It is wonderful that Gretchen has received this prestigious award. I recall when she joined our efforts already in the early 1990s for our biodiversity and ecosystem services research programme. Her contributions are amazing and deeply important” says prof. Carl Folke, Director of the Beijer Institute.

In 2005, Gretchen Daily co-founded the Natural Capital Project, whose mission is ‘to pioneer the science, technology, and partnerships that enable informed decisions for people and nature to thrive.’ Today, the ‘NatCap’ Project is one of the world’s leading organizations equipping decision-makers with tools and information to make policies and investments that empower green growth. Just one example is NatCap’s ‘InVEST’ software platform, designed to quantify and map the return-on-investment in nature, and risks and costs of its loss, under future scenarios.

“Remember that nature has not been a part of economic accounting systems in the past. We just took it for granted that we’re going to get clean air, clean water, carbon sequestration. The use of economic tools by a biologist is not something that we find in everyday practice, and this has been Gretchen’s great gift” reflects Julia Marton-Lefèvre, Tyler Prize Chair.

Gretchen Daily is a long standing Beijer Institute research collaborator. She was a member of the Beijer Board between 2005-2010, she has taken part in several research programmes and attended most of the institute’s annual Askö meetings, one of the first platforms for collaboration between ecologists and economists initiated in 1993. 2014-2015, Gretchen spent a sabbatical at the Beijer Institute in Stockholm. Currently, she and Carl Folke lead two major research programmes ‘Natural capital, resilience and biosphere stewardship’ and ‘Fundamental research in biosphere-based sustainability science’, a collaboration between Stanford University, Stockholm Resilience Centre and the Beijer Institute, supported by the Marianne and Marcus Wallenberg Foundation.